A downloadable Sir Lancelot Quest for Windows and Android

Sir Lancelot Quest is a platform game inspired by the game published in the 80s for amstrad CPC and ZX spectrum home computers, but with graphics and updated content, with an air pixel art, which gives it those retro times.

The player will control Sir Lancelot, who must explore the 24 rooms of the castle, and collect all the objects in each room to open the door, and exit to the next room. Your task will be hampered by the presence of enemies and think how to perform the movements with stairs only rise, and placement of the elements. The dynamics of the enemies, screens and situation of the objects, follows the patterns of the original game released for amstrad CPC and ZX spectrum. You also have a time to complete each room, if this time runs out, depending on the game mode, you will lose the game and you must start the room from the beginning.

The control of the game is simple, there are only the three operations of the retro game of amstrad CPC and ZX spectrum, moving the character to the right or left, and being able to jump.

Enjoy, remembering your games to this magical version, one of the greatest hits of the 80s for personal computers.

How to play:
More information 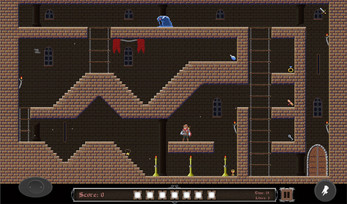 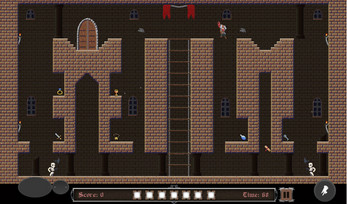 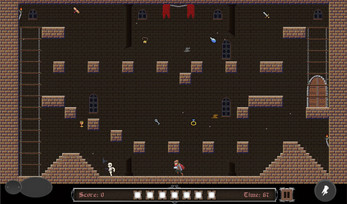 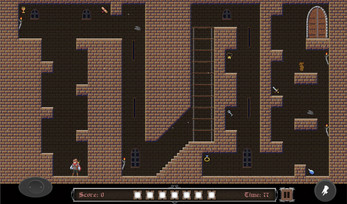